Amy Wilson is a fictional character on The Young and the Restless. She was portrayed then by Robin Scott in 1994, but since has been portrayed by Julianne Morris Polaha from 1994-1996. Morris-Polaha also made a guest appearance in November 2014.

When Nicholas Newman returned to Genoa City in 1994 as a 16 year old, he started dating Amy. She was best friends with Sharon Collins, with whom Nick fell in love. Nick decided to stay with Amy because Sharon was dating Matt Clark at the time.

After a brief fling with Amy, Nick turned his attentions to Sharon Collins. Amy started dating Matt. Sharon and Nick beat out Amy and Matt as queen and king of the high school senior Polynesian dance. Matt was found shot and Nick was sent to prison for it. Much later, Nick's father, Victor Newman, found Amy in a poor mental state, recovering from some sort of trauma that happened on the night Matt was shot.

Amy realized in time that she shot Matt after he raped her. Amy came forward and Nick was released.

By the start of 1996, Amy Wilson had recovered from her mental trauma.

Amy briefly returned in November 2014 under Nick's drunken hallucination. While at a cabin, Nick began drinking heavily from a 20-year-old liquor bottle after breaking up with Sharon. While drunk, he is then haunted by the women whom he has had relationships with including Amy, Grace, Phyllis, and Avery who all accuse him of using each of them after several arguments with Sharon. 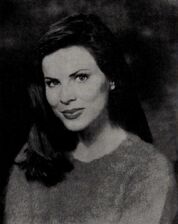 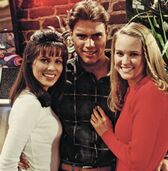