April Stevens was last portrayed by Rebecca Staab. The role was previously portrayed by Cindy Eilbacher and Janet Wood.

April Stevens was the daughter of Dorothy and Wayne Stevens. She had one twin sister, Barbara Ann Harding. April was the mother of Heather Stevens.

In 1979, April became neighbors with Chris Brooks and Snapper Foster as she moved right next door to them in their apartment building.

When Nikki Reed decided to clean up her act in order to land Greg Foster, Paul Williams had a fling with April. April got pregnant and Paul tried to talk her into having an abortion. She refused to tell her parents whom the father was, and they pressured April by telling her she had a twin sister that was given up for adoption at birth because her parents couldn't handle both of them. April refused the abortion, and Paul turned his back on her. April gave birth to a baby girl and named her Heather Stevens.

Paul escaped the pressure by joining the New World Commune with Nikki, which turned out to be a scam that Paul helped his reporter brother Steven Williams and Peggy Brooks to expose. After they escaped the cult, Greg fell for April but when Heather fell gravely ill, he encouraged Paul to do the right thing and marry April.

In January 1981, Paul and April were married and they lived in a shabby apartment. Heather recovered but was a colicky baby and cried all the time. Parental responsibility proved too much for Paul and they mutually decided to divorce. April went home to live with her parents. Paul began the first step in his detective career by finding April's twin sister Barbara Ann and reuniting her with her family. Barbara Ann, an heiress from New York, discovered that she was adopted on her father's death bed and told her that Dorothy and Wayne were her parents. Paul then had an affair with Barbara Ann and brought her back to Genoa City. Barbara Ann lavished her family with money and gifts and eventually convinced them to move to New York City with her. After saying goodbye to Paul, April took Heather and left town.

In 1992 April showed up in Genoa City again to visit Paul's mother Mary Williams with 13 year old Heather. April was badly bruised, supposedly from a car accident. But when Paul asked to be part of Heather's life, April refused, and said they were happy in New York City with her dentist husband Dr. Robert Lynch. Robert had adopted Heather, and she did not know that Robert was not her real father. After April returned to her family in NYC, Robert beat her, accusing her of sleeping with Paul. Paul and Christine Blair discovered that April was a battered wife, went to New York City and got her into a support group, but could not convince her to leave Robert.

April returned to town a year later after again being beaten by Robert over the holidays. Although April was still attracted to Paul, he gently turned her down. Concerned for Heather, whom she left behind, April returned to Robert. When he tried to keep April in line by threatening Heather, April fatally stabbed him with a letter opener, and was charged with murder. To April's relief Christine and John Silva volunteered to represent her in court. Christine and John's dynamic representation won April a suspended sentence due to self-defense.

After being reunited with Heather, April told Paul she wanted to begin a new life away from Genoa City. April and Heather returned to New York, much to Paul and Mary's disappointment, to live with her sister Barbara Ann who was rich and ended up financing Heather's education.

April briefly returned to Genoa City in 2008 and revealed to Heather that Paul was her father, allowing them to finally begin building a father-daughter relationship. 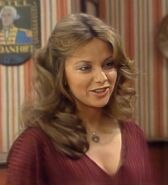 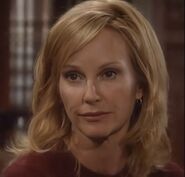 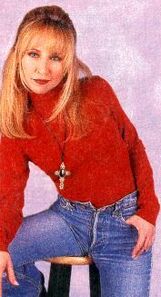