The Young and the Restless Wiki
Register
Don't have an account?
Sign In
Advertisement
in: No Longer on the Show

Brock Reynolds was the only son of Gary and Katherine Reynolds. He was the father of Mackenzie Browning.

Early Years, Jill and The Feud

After his father died and his mother was remarried to Phillip Chancellor II, Brock experimented with sex and drugs. He was always looking for a way to disobey his mother and would often show up then disappear a few days later. In 1974, he returned home a totally different man: a man with a completely new life devoted to helping the needy. He had become a lawyer and found his mother ("The Duchess", as he frequently referred to her) in very bad health.

He tried to convince her to get help for her alcoholism. Jill Foster was Katherine's paid companion who had an affair with Phillip. Knowing this, Katherine persuaded Brock to pursue and marry Jill to get her away from Phillip. Brock married Jill, but their marriage would never work. The new Jill Reynolds was pregnant with Phillip Chancellor's child. Katherine wanted Jill's baby for herself. Brock was stuck having to choose between the two women.

Katherine and Jill's feud caused Brock to choose between them at various times in the future. (Years later, it was believed that Brock and Jill's marriage was never valid since they were brother and sister. For a few years, Katherine and Jill believed they were mother and daughter due to some inaccurate tests.) Brock would often give advice to those in need and assist others with legal advice and counsel.

In 1990, Brock was the person that realized that Marge Cotroke, Katherine's look-alike, had taken her place and fortune. On the verge of losing her life, Kay befriended a teenager at a homeless shelter named Mackenzie Browning. Mackenzie ended up being Brock's daughter. Brock had a relationship with Amanda Browning in India years ago and Mackenzie was the result of that. Anticipating meeting her father Brock, Mac was heartbroken when word came that he had died on a mission in India.

Kay decided to inform Brock of the baby he never knew he had. Feeling a sense of abandonment, Mac packed her bags and was headed out the door just as Brock appeared! The two immediately clicked. Brock and Mackenzie built a father-daughter relationship and they lived with Kay. Brock eventually left town again to work in India, but reappeared in town from time to time. He was involved in the intervention held by Kay's close friends to help her stop drinking.

He eventually relocated to New Orleans to assist in cleanup following Hurricane Katrina. Billy Abbott went to Louisiana to help Brock build houses for the needy for a while.

In 2008, Brock returned to Genoa City to deliver the eulogy at Kay's funeral. When Kay's will was read, Brock learned that he got one percent of a billion-dollar estate to continue his charity work and was named chairman of the Chancellor Foundation.

However, it was Marge, Kay's look-alike who had died so Brock returned again in April 2009 to take a DNA test to confirm his mother's identity. He also came back to Genoa City to take another DNA test with Tucker McCall claiming to be Katherine's son. Brock asked Mac if she was willing to carry Lily and Cane Ashby's twins, and if she would help raise them if Lily did not survive her cancer. 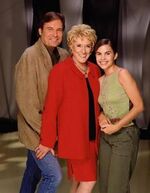 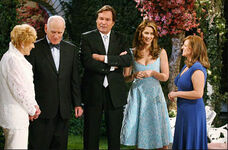 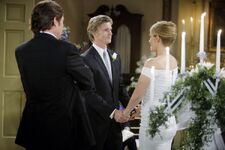 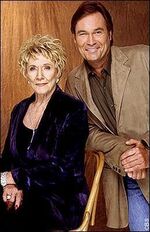 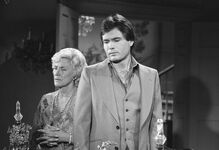 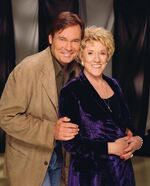 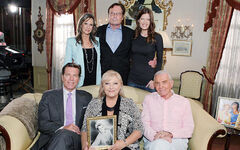 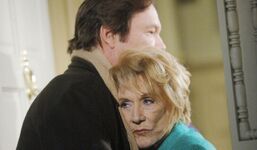 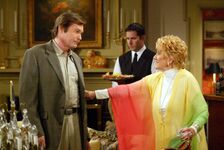 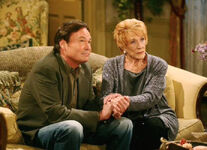