The Collins family is centred around Sharon and her children. The family was originally represented on the series by Sharon Newman and her mother, Doris Collins. Sharon is known for her long-lasting romance with Nick Newman, whom she met as a teenager. She is also known for her work as a spokesmodel for Newman Enterprises and Jabot Cosmetics. Despite the family's longetivity, the Collins have mostly been merged with other families, with Doris being the only one to still have the last name "Collins".

Family members currently on the show are represented in bold. 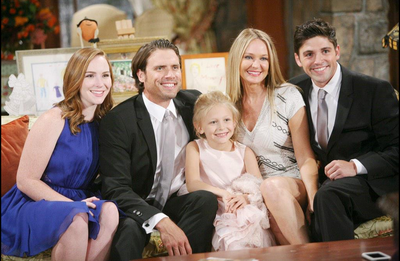