The Young and the Restless Wiki
Register
Don't have an account?
Sign In
Advertisement
in: Former Recurring, 2020s, Abbott Family

Harrison Locke is the son of Kyle Abbott and Tara Locke and the grandson of Jack Abbott and Diane Jenkins. He is portrayed by Kellen Enriquez and debuted on May 14th, 2021.

It was publicly believed that Harrison is the son of the powerful and influential Ashland Locke. He was first mentioned by Theo Vanderway to Sally Spectra on February 8. Harrison was most likely conceived in the Summer of 2017 and he was born in 2018. After his birth, Harrison weighed about 9 pounds and 2 ounces. During their reunion at the Grand Phoenix, Tara was confronted by Kyle, who has seen the photos of Harrison, even though they were blurry. Kyle knows that Harrison looks just like him. Also, Kyle knows that Tara didn't sleep with Ashland during the time Kyle and Tara were together by the time she became pregnant. Tara admitted that she had a DNA test done on Harrison and Kyle is Harrison's biological father.

On March 3, Tara calls Kyle to inform him that she and Ashland are coming to Genoa City on business, and that he better not say anything about being Harrison's father. Before Ashland and Tara left the Grand Phoenix to head back to New York to be with Harrison, Tara and Kyle have a huge argument in the lobby over territory and Harrison. During his argument with Sally at Jabot, Sally confronts Kyle about why he has been so distracted lately, then she pushes Kyle to admit that he's been wondering what life might be like with a suddenly single Tara and their son Harrison as a family.

Harrison was mentioned again on April 16, when Tara calls Kyle to informed him about the huge argument between her and Ashland, but when Kyle asked what is the argument about, but Tara abruptly let Kyle go saying that she has to get to Harrison, before she could said anything more.

Harrison was mentioned several times on April 23: Summer tried to convince Tara to stop Ashland's attack on Jabot, Tara has mentioned that she has everything to lose: her marriage and her son. After, learning about Ashland's heart attack , Jack, Kyle and Summer worried about the possibility of Harrison losing his father and when Kyle stops Tara, who was about to leave the Grand Phoenix with Ashland's things as she was head back to the Hospital. Kyle asked Tara how she was doing and his worry about Harrison, but Kyle has not a pity for Ashland.

On April 28, Harrison called his mother at the Grand Phoenix to ask her when she and Ashland are coming home, unaware that Kyle is listening to the phone conservation.

After the phone call ended, Kyle wants to know something about Harrison that he can hold onto. Tara will admit Harrison’s favorite song is Twinkle, Twinkle Little Star and that he botches the lyrics by singing “bup, bup, bup the world so high.”, Kyle thinks that pretty cute and thank Tara for giving him that info.

On April 30, Tara meets with Kyle in his Hotel room, while Summer was in the shower, Tara didn't like the way their conservation ended at the Lobby. Tara sends a photo of Harrison on his phone as a goodbye present, Kyle knows that Harrison is cute by looking at his photo, later after Tara left, Kyle and Summer looked at Harrison's photo, which Summer replies "he's adorable", while Summer is ordering some food, Kyle is staring at a photo of his son.

Then on May 14th, during a toast at Kyle and Summer's engagement party at Society, Tara showed up with little Harrison by her side. 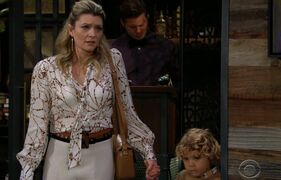 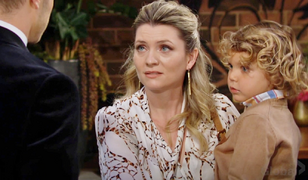 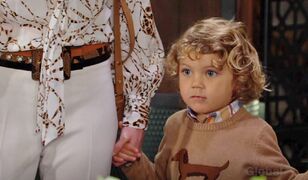 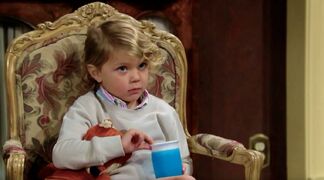 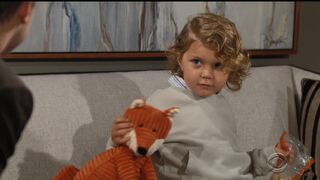 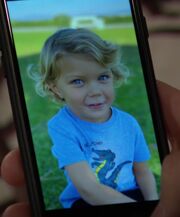 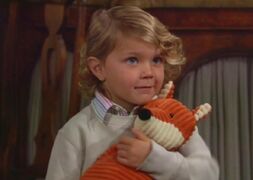 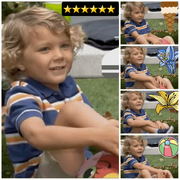 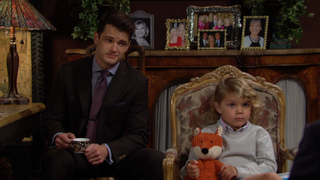 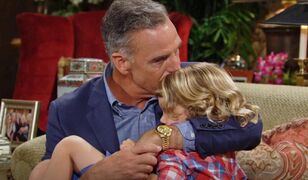 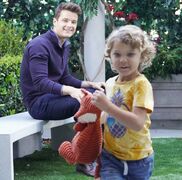