Melanie Daniels was portrayed by Erin Chambers in mid-2013.

Melanie Daniels arrived in Genoa City in June 2013, hired by Avery Clark to be the paralegal to work with Newman Enterprises co-owners, Adam Newman and Victor Newman. Melanie began pursuing a relationship with Adam, but in reality, was ordered by Victor to do so to spy on Adam and his business deals. When Adam discovered her deceit, he agreed to pay her extra to feed Victor false information. But Victor saw right through Melanie's lies and fired her, followed by Adam ending their affair, despite her developing genuine feelings toward him.

Jobless and angry, Melanie began working with Billy Abbott to make Adam pay while Billy wanted to get Adam fired and Victor would rehire Victoria Newman Abbott back at Newman, who refused to work there as long as Adam was there. Unfortunately, Melanie concocted her own plan and went to Paul Williams and accused Adam of raping her the night the two had sex. Adam is arrested, knowing he is innocent. Melanie was determined to make Adam suffer as much as she did when she lost her job, but it was Adam's ex-wife, Chelsea Lawson who convinced her that Adam is not a rapist or a monster by telling Melanie about her life with Adam when they were married, how he always put Newman first before her and when she miscarried their first child, how he shoved her away and confided more in Sharon Newman than her. In the end, Melanie admitted she falsely accused Adam and the charges against Adam are dropped. Melanie soon left town; to avoid facing multiple charges. 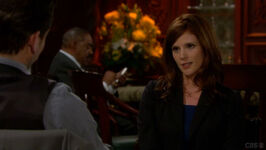 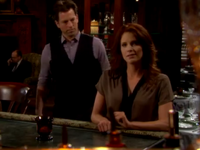 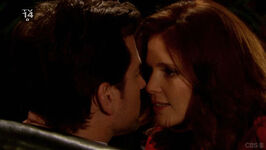 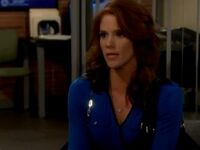 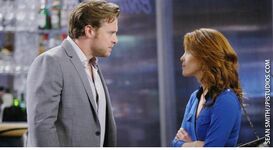