The Young and the Restless Wiki
Register
Don't have an account?
Sign In
Advertisement
in: Characters, Contract, Winters Family, Barber Family

Dr. Nathan "Nate" Oliver Hastings Jr. is a resident of Genoa City, who will be portrayed by Sean Dominic as of April 10, 2019. The role was previously played by Brooks Darnell from 2018-19, for a short-term stint by Walter Fauntleroy in 2011 and three child actors in the mid-1990s up until 2002.

On March 28, 2019 it was announced that Brooks Darnell had left Y&R and will be replaced by actor Sean Dominic who will first appear on April 10.

Nate Hastings is the son of Nathan Hastings and Olivia Winters an adopted son of Malcolm Winters.

A pregnant Olivia was diagnosed with ovarian cancer, but refused to abort the baby to save her life. In 1992, Nathan Jr., "Nate," was delivered early to save Liv's life.

While they were married, Nathan cheated on Olivia with a woman who was diagnosed with HIV. Liv was furious, not only that Nathan had betrayed her, but also that he had endangered her and Nate with HIV. She kicked Nathan out and forbade him to ever see their son again. All three of them tested HIV-negative, but the other woman, Keesha Monroe, was doomed with full-blown AIDS and later died. Nathan became desperate to see his son, and ended up kidnapping him. Life on the run was rough on Nate. After several weeks, Nathan decided to return Little Nate to Olivia. But when Nate wandered away from his father on a crowded street, Nathan rushed to find him and was fatally struck by a car.

Malcolm Winters and Olivia were married a couple years later, and Nate was thrilled to have the exciting and fun-loving Malcolm as his new "Daddy." Nathan went to school at Walnut Grove Academy. Liv began spending too much time at the hospital and not enough time on her marriage. Malcolm and Nate's nanny, Julia, were raising Nate. Olivia suddenly began being suspicious of Malcolm over nothing and Malcolm ended up in another woman's arms. Malcolm tried to patch things up with Liv and convince her she was wrong about him, but Liv suddenly decided she didn't know if she wanted Malcolm or not. Her mind was on Malcolm's brother, Neil Winters, the man to whom she was always drawn and much more suited. Much to Nate's disappointment, Malcolm asked Liv for a divorce and moved out.

Then the always work-obsessed Olivia started getting symptoms she refused to recognize and ended up on her deathbed with aplastic anemia. She further alienated Malcolm when she changed her will so that Neil would raise Nate should she die. Drucilla Winters returned to Genoa City with her daughter, Lily Winters in tow and donated bone marrow necessary to save Olivia's life. Olivia's near-death changed her judgmental attitude, but it was short-lived. Olivia then decided that Malcolm was not a fit role model for her son, refused to let them see each other and again set her sights on Neil. Malcolm sued for visitation and won. Nate loved Malcolm and still thought of him as daddy, though it was never made legal. Malcolm disappeared in an accident on a photo shoot in Kenya and was presumed dead.

Nate began getting close to his "Uncle" Neil then, but Neil was drowning his guilt over Malcolm's death in alcohol. So Olivia banned Nate from seeing Neil, too. Brad Carlton, husband of Olivia's best friend, Ashley Abbott, tried to step into the void. Later, Nate was happy to see his cousin Lily return to Genoa City from years of living in Paris. Neil went on the wagon and he and Drucilla were remarried.

Three years after he was declared dead, Malcolm showed up in Genoa City, very much alive, sporting cornrows and a bad attitude. Malcolm was out for revenge against the brother whom he thought stole his fiancée and left him for dead in Kenya. But mostly he returned to see Nate again. Olivia was resentful that Malcolm didn't make himself known to Nate as soon as possible and made him wait to reveal himself until the 15-year-old Nate returned from boarding school in England at the end of the semester. Nate never returned, and Malcolm disappeared once again.

In November 2008, Olivia returned to Genoa City and mentioned that Nate was now in medical school in Baltimore at Johns Hopkins University.

After nine years, Nate returned to town on February 7, 2011 as Ronan Malloy's specialist.

Nate returned to GC in 2018, shortly before Hilary passed away. Nate was actually Hilary's doctor, and he felt guilty for a while that he wasn't able to save her. In the following months, he helped Devon get through his heartache and even made him a smoothie to cure his hangover. Nate also helped Victoria overcome the trauma from her abusive relationship with JT. She was having panic attacks and Nate decided to teach her martial arts to renew her confidence and strength.

Everything seemed calm for a while in Nate's life. Devon was in better spirits after falling in love with Elena, so Nate didn't have to hover and worry about Devon as much as before. In autumn 2019, some drama came their way when Amanda Sinclair arrived in town. She was a lawyer who was hired by Colin to contest Katherine's will. Devon and Elena thought the worst of Amanda and believed she was in on the scheme to cheat Devon out of his inheritance. Nate, however, gave her the benefit of the doubt.

Soon, they all realized that Amanda was innocent, and that her urgency to leave her hometown caused her to accept Colin's case without fact-checking the legitimacy. Nate and Amanda started dating, but it was very casual. Their professions caused them both to be very busy, and Nate spent long hours at the clinic with Elena. At the same time, Amanda got to know Devon better when she discovered she was Hilary's twin. Elena started to become paranoid that Devon would leave her for Amanda, and this stress led to her sleeping with Nate. She found out later that Nate actually had real feelings for her and that it wasn't just a meaningless impulse. Devon found out about the cheating and punched Nate, causing him to cut his hand on broken glass.

Due to the injury, Nate lost his ability to be a surgeon, which really put a damper on his mood and widened the rift between him and Devon. Thankfully, Nate found a new purpose in life when Lily hired him to be the face of AskMDnow. He also agreed to mentor his cousin Moses, who was aspiring to be a doctor. Moses was supposedly going to live with Devon and finish high school in Genoa City. Devon and Nate got to talking and agreed to bury the hatchet for Moses' sake. In better spirits, Nate planned a trip to Manzanillo with Elena. Once there, though, Nate realized that something was off. Elena was acting strange, and he recognized the guilt in her eyes. When Nate found out that Elena had cheated on him with Devon, he didn't seem too upset, but Nate has yet to confront Devon about it. Elena later broke up with Nate, which was undoubtedly disappointing. 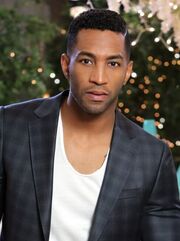 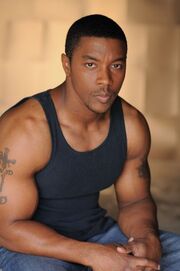 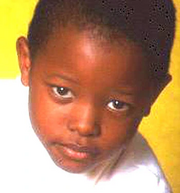 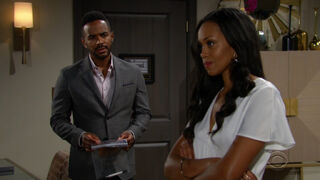 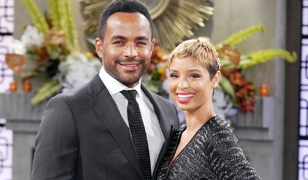 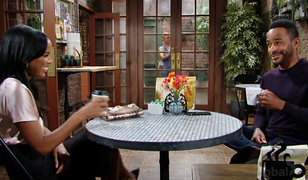 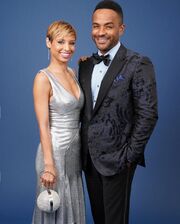 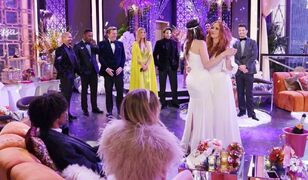 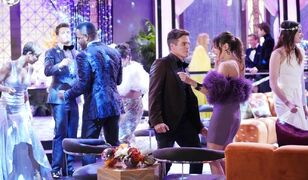