Nathan Hastings was the father of Nate Hastings.

In 1984, attorney Tyrone Jackson, along with his brother Jazz Jackson and private investigator Andy Richards, gathered enough evidence to dismantle the local organized crime family, headed by Joseph Anthony. They received invaluable assistance from one of Anthony's men: "Kong", whose real name was Nathan Hastings. As a result, Nathan was granted immunity for his crimes. After secretary Amy Lewis realized that Nathan was illiterate, she secretly taught him to read and write. The two soon started dating, but she eventually left town.

In 1985, having completely reformed, Nathan became a private detective with the Paul Williams Detective Agency and caught a shoplifter while working security for Fenmore's Department Store. Nathan ended up talking the judge into releasing the perpetrator, Drucilla Barber into his custody and took her in. He realized they shared something in common--illiteracy. Nathan taught Dru to read and be more ladylike and eventually Dru fell in love with him. But lo and behold, who was Nathan's girlfriend? Dr. Olivia Barber, Drucilla's "perfect" sister. The sisters were reunited, but it was obvious no love was lost between them. Nathan explained that his heart was with Olivia. Dru plotted to win him away by seducing him, but that didn't work. Olivia informed their parents of Dru's presence in Genoa City. They came to see Dru, but were rebuffed, so they returned home.

While working at the Whitman, Walker and Wilson firm, Christine Blair was sexually harassed by fellow lawyer Michael Baldwin. She taped their conversations and got him fired. This pushed Michael to stalk her and eventually kidnap her, then hold her captive for days before she was rescued by Paul Williams and Nathan Hastings.

Pushed by Olivia to produce her mystery "boyfriend," Drucilla talked Jabot Cosmetics executive trainee Neil Winters into playing the part. Neil ended up falling in love with Olivia himself. Olivia decided that Dru was setting them up, so Olivia moved up her wedding date. This was the year of the grand masquerade ball. Olivia had to work, so Nathan dressed as an Arabian and took Dru who was dressed as the Firebird ballerina. Nathan and Olivia married with Dru as a reluctant maid of honor. Dru and Neil commiserated, and ended up falling in love. It was obvious both couples were mismatched. The scholarly Olivia was married to the former criminal Nathan, and the former criminal Dru was with the well-educated Neil Winters. Neil supported Dru in her rise to ballerina stardom. But she turned down a chance to tour with the ballet for a modeling career. Neil thought it was unforgivable to be giving up art for self-gratification and big money, so they broke up.

A pregnant Olivia was found to have ovarian cancer, but refused to abort the baby to save her life. After the birth, Liv was to have a hysterectomy, but it and the cancer subject were dropped. Nathan Jr., "Nate," was delivered early to save Liv's life.

Shortly after Dru and Neil were married at the Chancellor Estate, Lillie Belle Barber left Walter Barber and showed up in town. She stayed with Liv and Nathan, and drove a huge wedge between them with her bizarre behavior which was due to clinical depression. Dru tried to talk Lillie Belle into staying with them in hopes of giving Liv and Nathan space to repair their marriage. But as always, Dru's mother rebuffed her in favor of her chosen daughter Olivia. Walter ended up getting his wife back and returning home with Lillie Belle in tow.

Nathan and Olivia were still on the outs since Olivia took her mentally ill mother's side against Nathan. So Nathan began an affair with the beautiful Keesha Monroe. Olivia became suspicious. Both Dru and Neil tried to caution Nathan after they caught him with Keesha. Each time Nathan tried to end the affair, Olivia did something to drive Nathan back into Keesha's arms. Nathan finally ended the affair, and he and Liv began trying for another child. Just as Keesha was falling in love with Malcolm Winters, he found out about the affair with Nathan and dumped her. Then Keesha began getting persistent calls from old boyfriend, Stan Johnson, who later died of AIDS.

Keesha went to Dr. Liv and turned out to be HIV positive. Keesha had to tell Nathan. It was about this time that Dru decided to tell Olivia about Nathan's affair with Keesha. Liv was furious, not only that Nathan had betrayed her, but also that he had endangered her and Nate with HIV. She kicked Nathan out and forbade him to ever see their son again. All three of them were HIV negative, but Keesha was doomed with full-blown AIDS. The compassionate Malcolm began seeing her again, helping her through the difficult times as she grew weaker and thinner. She would have otherwise been left all alone to die. Malcolm cared for her. He brought her flowers and a veil and married her on her deathbed, so she could at least die happy. Nathan became desperate to see his son, and ended up kidnapping him. Life on the run was rough on Nate, so Nathan finally did the right thing. He was returning Nate to Olivia when he was struck by a car and was killed. 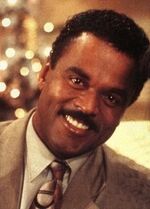 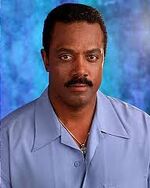