Peggy Brooks was a fictional character on The Young and the Restless, portrayed by Patricia Everly and formerly Pamela Peters Solow.

Peggy Brooks was the daughter of Jennifer and Stuart Brooks. She had three sisters: Leslie Brooks Prentiss, Lorie Brooks and Chris Brooks. She had a older half-brother, Eric Vanderway and a nephew, Theo Vanderway.

In 1977, Peggy fell for her college professor, Jack Curtis, a married man. Jack pursued Peggy. He had a wandering eye because his wife, Joann Curtis, suffered from an eating disorder and was overweight. Peggy was stunned to discover that Jack was married. Furthermore, he refused to divorce Joann because she was emotionally dependent on him, and he feared how she might react if he suddenly dumped her for a younger, more attractive woman.

Nevertheless, Peggy held out hope that Jack would eventually divorce Joann. Peggy even tried to help the disturbed woman gain self-confidence. Later Jack divorced Joann, and he and Peggy were briefly engaged. One evening, Peggy, who was still a virgin, was raped. Chris, who had also been raped several years earlier, believed that Peggy's attacker was Ron Becker, a married man who had previously been charged with rape. Chris knew about Ron because she had lent assistance to his family through her work at Legal Aid.

Chris was right. Peggy, who was suffering from the aftermath of her rape, found it difficult to have sex with Jack. Eventually, she ended their relationship and moved back in with her parents.

In 1980, Jill Foster became interested in reporter Steven Williams. But Peggy was also attracted to Steve. Steven dated Peggy. Peggy joined forces with Steve to write an expose about the cult and even infiltrated it, which nearly cost Peggy her life. 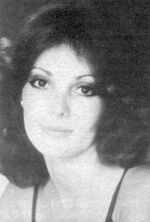 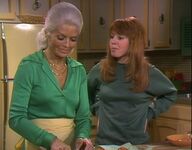 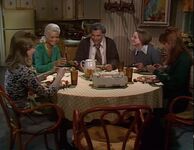 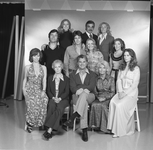