Sheila Carter (formerly Grainger, Forrester, and Warwick) is a fictional character who appeared on both The Young and the Restless and The Bold and the Beautiful.

Sheila's history on both series revolves around her long-running conflict with businesswoman Lauren Fenmore Baldwin, whom she has attempted to kill more than once.

The Young and the Restless

From Michigan, Sheila moves to Wisconsin in 1990. Sheila is a nurse who worked at Genoa City Memorial Hospital and immediately falls in love with the married Dr. Scott Grainger (Peter Barton). Her feelings for Scott quickly turn from infatuation to obsession. In order to steal him away from his wife Lauren Fenmore (Tracey E. Bregman), Sheila drugs him and has sex with him, ending up pregnant. At the same time Lauren also becomes pregnant by Scott but doesn't tell him. When the truth about the father of Sheila's baby comes out, Scott feels obligated, divorces Lauren and marries Sheila.

Sheila's baby dies, unbeknownst to Scott, and she secretly switches Lauren's newborn with a black market baby, which Lauren names Dylan. Sheila begins passing Lauren's baby off as her own, and Dylan eventually dies from meningitis. Sheila's mother, Molly Carter (Marilyn Alex), finds out about her daughter's crime and intends to tell Lauren the truth, but suffers a stroke that renders her speechless. Sheila sends her mother to her farmhouse in Michigan before Molly can expose her. Lauren eventually finds out about the baby switch, but not before Sheila kidnaps both Lauren and Molly, and almost succeeds in killing both women, when during a brief struggle Lauren accidentally kicks over a lantern on a coffee table, setting the farmhouse they are imprisoned in on fire. Lauren and Molly are rescued by Lauren's ex-husband, private investigator Paul Williams (Doug Davidson), and his secretary, Lynne Bassett (Laura Bryan Birn). Sheila is never found, and authorities presume that she perished in the fire when a body burned beyond recognition turns up in the ashes. The corpse turns out to be a meter man that had visited the house just before the fire started; Sheila had escaped from the burning building. Picking up a discarded newspaper in an area diner, she reads about an opening working as a company nurse for the Forresters in Los Angeles. She leaves Wisconsin to travel to California. Meanwhile, Lauren is reunited with Scott and her real son, Scott Jr.

The Bold and the Beautiful

Sheila returned to Genoa City in 2005 to torture Lauren through the now grown up Scotty but it didn't work. She teamed up with Tom Fisher and gave Lauren a poisoned necklace. She tried to get Lauren to commit suicide while she was on the poison, but Michael Baldwin saved her. Sheila injected Lauren with more poison in the hospital.

Sheila convinced Tom to kidnap Lauren from a yacht while Lauren was on her honeymoon with Michael. While Tom was in the process of kidnapping Lauren, Sheila blew up the yacht hoping to murder both of them.

Sheila was later trapped in a bomb shelter when Tom turned on her and left. Lauren convinced Tom that Sheila was the bad guy, so he contacted Gloria to arrange a deal to turn over Lauren. John Abbott overheard the phone call, grabbed his gun, and met Tom in an alley instead. During a struggle the gun went off, and Tom was killed. John dropped the gun and took off getting into a car accident, but Ashley Abbott arrived in time to witness it. Ashley confessed to the shooting and was arrested with Michael as her lawyer.

Meanwhile Lauren and Sheila fought and Lauren broke Sheila's ankle. Eventually, realizing Tom was not coming back, they joined forces attempting to escape. As they were almost out, Paul Williams arrived and pulled Lauren to safety while the shelter caved in on Sheila. Sheila was not found in the rubble, but was later seen at a plastic surgeon wanting a new face.

In 2006, it was revealed that Paul was keeping a woman who was apparently Sheila (having had plastic surgery to look like Lauren's best friend Phyllis Summers) prisoner in a cage to protect Lauren's infant son, Fenmore Baldwin. Maggie Sullivan, Paul's partner, was unaware of what Paul was doing and freed 'Sheila'. 'Sheila' strangled Maggie until she was unconscious, trapped her in the cage and used her as bait to get Paul into the cage. When Paul came down, she captured him and then shot Maggie. 'Sheila' went to Phyllis' house and overpowered her.

She lured an unsuspecting Lauren and baby Fen over, subdued Lauren and took Phyllis, Fen, and Phyllis's baby, Summer Newman, hostage. They were taken to an elderly home. Lauren tracked them down with a gun and couldn't tell which is the real Phyllis. 'Sheila' used Summer as a shield and, knowing Phyllis would never do that, Lauren shot and killed 'Sheila'.

In 2010 it was claimed that Sheila had two more kids --twins, in fact. A woman claiming to be Sheila's sister gave up Ryder Callahan and Daisy Sanders so she could torture Lauren. They were raised by their aunt, Sarah Smythe. Sarah and Daisy went after Lauren in revenge for killing Sheila and Lauren ended up killing Sarah in a similar way that she had killed Sheila. 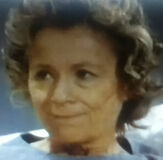 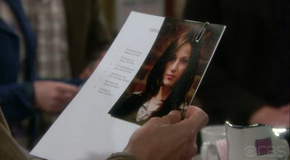 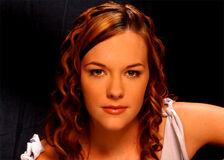 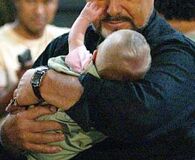 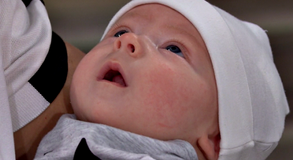