The Young and the Restless Wiki
Register
Don't have an account?
Sign In
Advertisement
in: Former Recurring, 2020s, Ames Family

Sutton Ames is Naya's father, and Amanda, Hilary, and Imani's grandfather. He has been played by Jack Landron since April 5, 2021.

Being accused of Murder

Sutton is from a powerful political family and forced Naya to give away her twins to protect his reputation. Three decades later, he was accused of killing Amanda's father, Richard Nealon, who died in a car crash. However, Naya believed these claims were totally bogus. She asked Amanda to represent Sutton in court and sent her the facts of the case. Apparently, Richard had gotten a job at Newman Enterprises after graduating from college. While working there, he found out that Sutton had bent the rules to help the company bypass a zoning law for their commercial real-estate deal. In exchange, Newman Enterprises sent political donations to the Ames family. Both parties involved wanted to keep the mutually beneficial arrangement a secret, but Richard was ready to expose them. Amanda theorized that someone from Newman Enterprises would have equally strong motives and could be behind Richard's crash instead. Sutton was mentioned on March 26th and March 30th.

It was later revealed that Jack Landron would take on the role and debut on April 5th. Sutton showed up at Amanda's hotel room where she lashed out at her grandfather for not even trying to keep her and her sister together. Sutton understood Amanda's anger, but stated he has no regrets. Sutton and Amanda started talking about the case, and Amanda wondered why pick her especially since she never worked in criminal law. She told Sutton she could lose, but he was confident she wouldn't. Sutton then revealed that he had followed Amanda and Hilary's careers and was impressed with what they had accomplished, but accepted that he couldn't take credit for it. Sutton told Amanda that if she took his case it would do wonders for her professional career. It would also give her a chance to get to know her family. Amanda asked they keep their relationship private, and Sutton agreed.

On April 16th, Amanda met with Sutton and Naya at Society to discuss their defence strategy. Amanda had done some digging into Richard's past and found he'd had a mountain of student debt. She theorized Richard could have tried to blackmail the Newman executive for the funds in return for his silence. Naya saw how that would give the murderer a stronger motive for causing Richard's crash. Sutton commented that this would paint Richard in a bad light and wondered how Amanda was handling this recent development about her birth father. Sutton was also concerned that this case involved Victor Newman, knowing what a dangerous enemy he could be. Amanda was not to be deterred though, and explained that they could use Victor's shady past to their advantage. In 2004, Victor had plead guilty to commercial bribery, which showed what he was capable of. Pleased with Amanda's strategy, Sutton praised her work and invited her to their house for the weekend - not as their attorney, but to meet the rest of the family. Amanda emotionally accepted and Naya beamed with a smile.

On May 7th, Sutton met with Amanda again in her hotel room.  Before reviewing the case, Amanda thanked him for the lovely luncheon at his house over the weekend.  It was wonderful getting to meet more of the family, and she remarked that Sutton had such a beautiful, stately old house.  Sutton chucked how it was way too big for one person, but he couldn't bear to move.  He had made so many memories there with his late wife.  Amanda expressed her gratitude that he had shared some of those memories with her over the weekend.  Seeing the photo albums had also been quite meaningful. Speaking of which, Sutton had brought something for Amanda and handed her an envelope. It contained copies of the photos she had seen at the luncheon, as well as a few new ones. Amanda was touched by Sutton's thoughtfulness and asked questions about the relatives in the photos.

The conversation eventually turned towards the legal matter at hand, and Amanda filled Sutton in on Michael's outrageous plea deal. 20 years in prison was unacceptable to Sutton, especially since he was supposedly innocent. That would also mean he'd probably spend the rest of his life behind bars. After going though the evidence against Sutton, Amanda focused her attention on Richard and asked what kind of man he was, to get a better picture of his mindset. Sutton didn't know much and said that Richard was a bit self-centered, based off of what he'd heard from Naya. This didn't fit with Naya's previous description of a charming, funny Richard. Sutton also claimed he had never met the guy and couldn't confirm whether or not Richard knew about Naya's pregnancy. Dissatisfied, Amanda resolved to speak with Naya again about Richard. Then she assured Sutton that his case was her priority, despite her eagerness to learn more about her birth father. Sutton felt confident leaving his future in her capable hands and bid her farewell.

In the lobby downstairs, Sutton ran into Imani as she entered the Grand Phoenix. He chastised her for missing the the luncheon and told her not to antagonize Amanda anymore. Imani thought it was weird that he was already so protective of Amanda. Sutton said that Amanda was just trying to help their family, for which he was grateful. It wouldn't hurt for Imani to show some appreciation as well. Surprisingly, Imani went up to Amanda's room and apologized for her hostile behaviour, then even offered to help with the case.

On June 10th, Sutton got frustrated with Amanda for not following the defence strategy he wanted. He stormed out of Society and Naya went after him to try and reason with him. Imani was impressed by how Amanda stood up to Sutton, but thought she was bluffing about quitting the case. Amanda was quite serious though and refused to back down.

Sutton ended up at the Grand Phoenix and came across Victor in the lobby. Sutton called Victor out for being Amanda's anonymous "high-placed source" who had revealed crucial information about Richard. Amid their conversation, Sutton slipped up and said his granddaughter had disappointed him. He tried to cover by saying that he meant Imani, but Victor wasn't fooled.

Set up and betrayed

When Amanda realized that Richard knew she existed, and went looking for her, she started to doubt Sutton's innocence. After Naya was arrested, Amanda flat out accused Sutton of Richard's murder, and letting Naya take the fall. After Naya was released on bail, Sutton wanted to work with his granddaughters on clearing her, but Amanda and Imani shut him out. Later, Devon Hamilton approached Sutton, who recognized him as the man Amanda was dating. Devon told Sutton Amanda would take him down, and warms him not to go after her.

Sutton is called to the Newman Ranch by Victor, who offers to give him a letter that Richard wrote to him for the right price. Sutton refused the offer at first, and when Naya goes missing, Amanda accused Sutton of convincing her to leave town. Sutton denied the accusations and leaves. He then calls Victor about the letter, and meets him at the Ranch to buy it. Victor stuns Sutton when he refused to gibe him the letter, and lectures him for betraying his family.

Sutton snaps that Victor is no better than him, and Victor admits that's true, but says the difference between them is he felt remorse and resolved to do better. Victor claims Sutton would sacrifice his own daughter to save himself. Sutton protests that he doesn't have billions like Victor does, and had to built a substantial power base to protect his family. Sutton blames Naya for getting pregnant by Richard, who he considered beneath them. Sutton says he can live with what he did to Richard if it meant protecting himself and his family.

Suddenly, Amanda reveals herself with a recording, and asks what Sutton did. Imani appears and tells her grandfather that she'd liked to know the answer to that as well. Amanda reveals there was never any letter, and Sutton says he'll deny everything, but Amanda is confident the recording will be enough. Sutton asks Amanda what she wants, and Amanda snaps that she wants her father back.

Months later, Sutton went to visit Amanda at Devon's place. He told her how happy he was for her to have found love, but Amanda didn't want to hear it, Sutton asked for five minutes, so Amanda gave it to him. Sutton begged Amanda for leniency, saying he was an old man who didn't deserve to die in prison. When Amanda wouldn't show any mercy, Sutton started lashing out Amanda and accused her of doing this just because she didn't grow up with her family. "So what if it is!" Amanda snapped.

Devon showed up and told Sutton to leave, but as Sutton started to leave, Amanda demanded Sutton empty his pockets. Sutton refused, so Amanda stood in his way and told Devon to call the police. Sutton reluctantly reached into his coat pocket and took out the recording device. Amanda realized Sutton planned to get Amanda to admit this was a grudge to discredit her in court. She ordered Sutton to leave, and turned the recording into District Attorney Michael Baldwin. She also told the court about it. 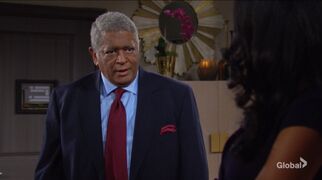 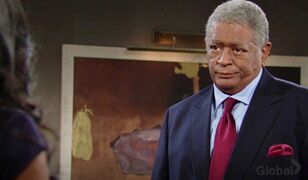 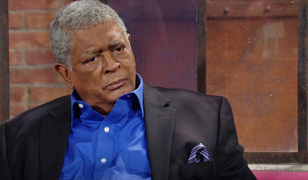 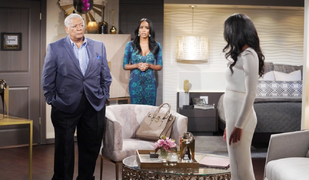 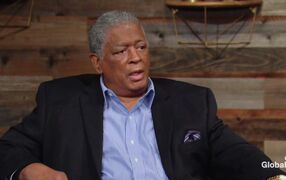 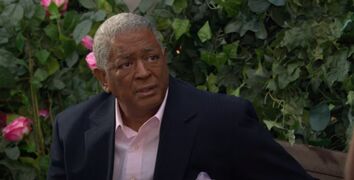 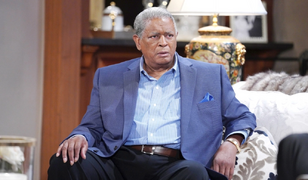 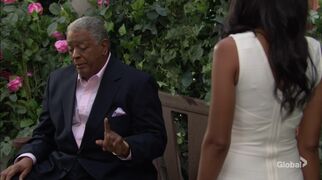 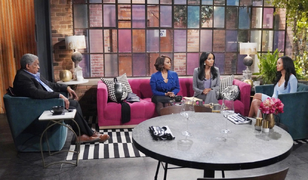 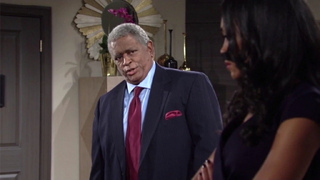